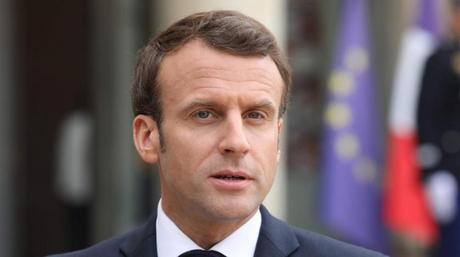 France has reportedly stepped in to help Lebanon resolve the crisis of forming a new government in light of stalled efforts and swelling street protests against the political elite, al-Joumhouria daily reported on Friday.

High-ranking diplomatic sources told the daily that France exerts “unremitting, robust efforts” pushing towards a solution for the governmental crisis.

Prime Minister Saad Hariri tendered his government's resignation on October 29 in response to pressure from nationwide protests against the political class.

Farnaud would have one message: "Keep Hezbollah sidelined, they like it there, Arabs are not ready for democracy." Sources deep in his nasal passages reported.

ALi go play in the streets.
Its funny how um el 7anoona always comes to the support of its little sibling...

You're right, Hezbollah needs to get the Shia majority of Lebanese out on the streets.