Aoun Expected to Call for PM Consultations in Tuesday Interview 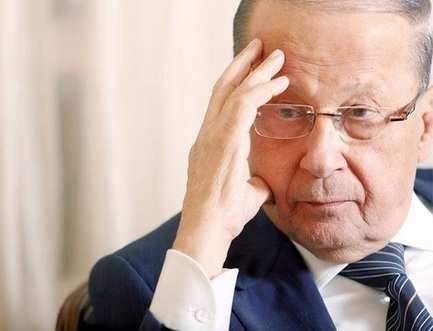 President Michel Aoun will appear in a TV interview Tuesday at 8:30 pm to talk about the latest developments, the Presidency said on Monday.

Several Lebanese TV networks said the president is expected to announce the date of the binding parliamentary consultations for choosing a new premier during the interview.

Aoun has delayed the consultations in a bid to secure prior consensus on the premier and the shape of the new government.

Saad Hariri had tendered his government's resignation on October 29 in response to pressure from unprecedented, massive and cross-sectarian street protests that have gripped Lebanon since October 17.

He should do these live so we can see how he really is.

They have absolutely no clue what to do loool

Somebody change his pampers please! It stinks!