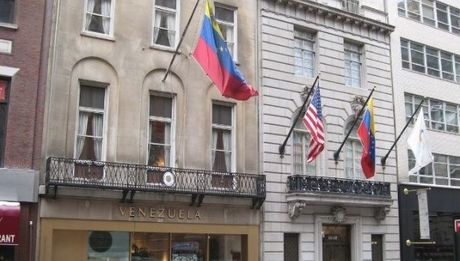 The United States on Monday called on Bolivian protesters to respect the sovereignty of the overtaken Venezuelan embassy, despite Washington's stance that Venezuelan President Nicolas Maduro is illegitimate.

"We take very seriously the inviolability of a diplomatic mission and we call on everyone involved in this circumstance, or in any situation of unrest anywhere, to respect that inviolability," a senior State Department official said.

The local CIA guy was too drunk to take charge personally.