Khoury Says ‘ATM Machines Will Be Stocked with Cash’ 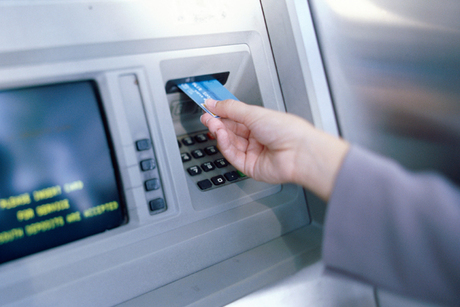 Head of Lebanon’s bankers’ syndicate Assad Khoury emphasized on Tuesday that ATM machines will be stocked with cash despite an open-ended strike announced yesterday over “staff security.”

Khoury said: “Bank employees will not stop stocking the ATMs with cash. Our strike is intended to press the administrations of bank into taking the measures deemed possible in light of the difficult circumstances the country is witnessing," he told LBCI in a phone interview.

“The administrations of banks are putting us in a confrontation with customers. We will not do well under the conditions imposed on us. The strike was taken until the situation is addressed," he added.

On Tuesday, head of the Federation of Syndicates of Banks Employees announced an open-ended strike from Tuesday to protect employees in light of mass nationwide protests ongoing since October 17 against the ruling class.

Banks were closed for two weeks and reopened on Nov. 1.

Although the central bank announced no formal capital controls, but banks have been trying to avert capital outflow by controlling dollar withdrawal, and blocking transfers abroad.

The move drew the ire of customers and have led to threats against bank workers.

What will people do when banks will say that ATM will no longer be stocked with cash? People need to prepare themselves.

Know the signs of P-A-N-I-C

And still betting no $$$'s in ATM's for kizb sheep to withdraw and take to Syria.

Some ATM do supply dollars though.