Jihadist Trapped between Turkey, Greece to Return to U.S. 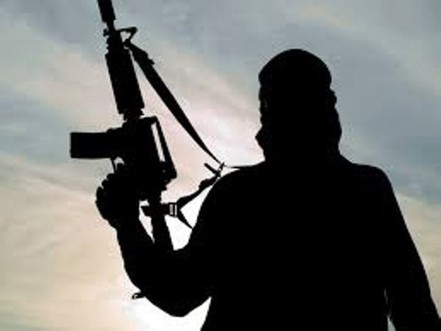 A suspected U.S. jihadist, trapped for days between the Turkish and Greek borders, will be sent back to the United States following talks with Washington, Turkey's interior ministry said Thursday.

The man, identified as Muhammad Darwis B, a US citizen of Jordanian descent, was captured in Syria on suspicion of ties to the Islamic State group, according to state news agency Anadolu, as Turkey said it was also deporting six Germans and one Briton.

Turkish authorities say the US initially refused to accept him, and that he chose deportation to Greece, only for Greek authorities to refuse him entry on Monday.

He has since been trapped in no-man's land between the borders, next to Turkey's northeastern province of Edirne.

Turkish border guards have provided him with food and a car to sleep in at night, Anadolu said.

There was an apparent breakthrough on Thursday, with the Turkish interior ministry saying: "The necessary proceedings are being undertaken to send back the foreign terrorist fighter to America after the US committed to taking him back to the country," according to Anadolu.

Turkey has criticized Western countries for not taking back captured members of IS, and has lately publicized its efforts to deport jihadists back to their countries of origin.

It follows criticism of Turkey's offensive last month against Kurdish militants in northern Syria, which Western governments complained would undermine the fight against IS.

Interior Minister Suleyman Soylu said last week that Turkey had nearly 1,200 foreign members of IS in custody, and had captured 287 during the offensive in Syria.

The Hurriyet newspaper said Wednesday that 959 suspects were being prepared for deportation, with the largest numbers coming from Iraq, Syria and Russia.

The Turkish interior ministry earlier Thursday said seven Germans and one Briton would be deported to Berlin and London respectively.

Four of the six were women, the agency said, and were put on a 4.15pm (1315 GMT) plane from Istanbul airport to Berlin.

The Metropolitan Police in London said later on Thursday a man was arrested on terrorism offences after arriving at Heathrow airport on an inbound flight to the UK from Turkey.

"He was arrested on suspicion of preparation of terrorist acts," the police said in a statement. "The arrest is Syria-related," it added.