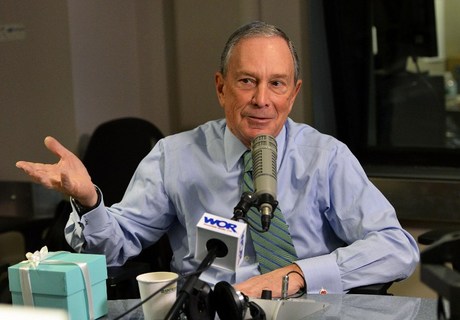 U.S. billionaire Michael Bloomberg has yet to decide whether to run for president but on Friday he announced a $100 million online advertising campaign attacking Donald Trump.

"This is an all-hands-on-deck moment. We're taking the fight to Trump directly," the former New York mayor tweeted, alongside a link to a New York Times article about the plan.

The digital ads, which will not feature Bloomberg himself, focus on the swing states of Arizona, Michigan, Pennsylvania and Wisconsin, which will be crucial to winning the keys to the White House in 2020.

Bloomberg, 77, has taken steps towards a run at the Democratic nomination without confirming whether he is in or out, suggesting that he doubts the current candidates can beat Trump.

On Tuesday, Bloomberg, who like Trump is a septuagenarian white New York billionaire, submitted paperwork to be on the ballot in Arkansas, four days after doing the same in Alabama.

Bloomberg, 15th on the Forbes rich list, has a personal fortune of more than $50 billion and spent $100 million backing Democratic candidates in the mid-term US elections in November 2018.

His candidacy would likely shake up the Democratic contest, which already has 18 candidates, but it is already causing mixed reactions.

Some believe that his "self-made man" image and support for fighting global warming makes him the best challenger for Trump.

Others on the left of the party who favor Elizabeth Warren or Bernie Sanders see him as the sort of billionaire they would like to tax heavily to reduce inequality.

Centrist Joe Biden is the frontrunner in the polls, three months before the first nomination votes are cast in Iowa.