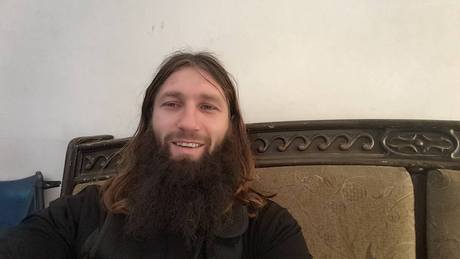 A senior leader of the Islamic State group has been arrested in Ukraine after an operation conducted with the help of Georgian police and the CIA, the Ukrainian security services said Friday.

Omar al-Shishani was the nom de guerre of a Georgian Chechen jihadist who was killed in a U.S.-coalition led strike in Syria in 2016.

Al Bara Shishani left Syria in 2016 for Turkey, where he "continued to coordinate" Islamic State activities, the SBU said.

He arrived illegally in Ukraine last year, using a false passport, and was arrested near his house in a Kiev suburb.

According to Rami Abdel Rahman, the head of the Britain-based Syrian Observatory for Human Rights war monitor, Al Bara Shishani was not however a high-ranking IS figure but "a simple fighter."

The Georgian security service gave his real name as Cezar Tokhosashvili and said he was wanted as "a member of a terrorist organisation".