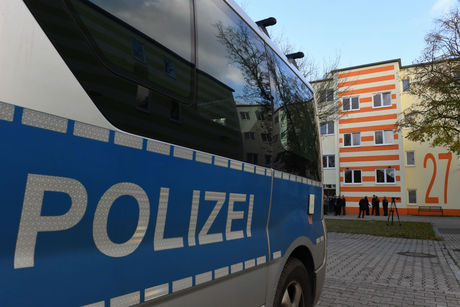 Police in Berlin on Tuesday arrested a 26-year-old Syrian man accused of planning an Islamist attack, with prosecutors saying he had begun to acquire chemicals for a bomb.

The unnamed suspect also exchanged instructions on ways to manufacture weapons and explosives with other suspected Islamists in a chat group on the Telegram messaging app, Berlin prosecutors said.

The Syrian stands accused of preparing "a serious act of violence against the state" and was arrested at his Berlin home, they added.

The accused had in recent months purchased acetone and hydrogen peroxide, they added. Both are key components in the highly explosive TATP.

"This was to be detonated at an unknown time in an unknown place in Germany in order to kill and injure as many people as possible", the federal prosecutors said.

The Syrian was working as a cleaner in a Berlin elementary school, a spokesman for the Berlin interior ministry told AFP. Before that, he was employed at the capital's Bode Museum.

German security forces had been watching the suspect for the past three months following a tip-off from a foreign intelligence service, he added.

Germany remains on alert following a series of Islamist attacks, the deadliest of which was a truck rampage at a Berlin Christmas market in 2016 that killed 12 people.

Dozens of suspects have been arrested or charged over alleged terror plots in recent years.