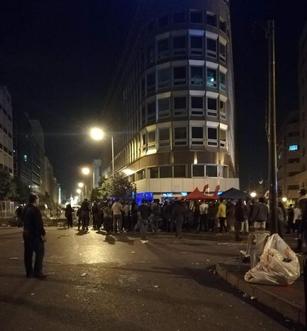 NNA said the skirmishes broke out after some protesters tried to cross the barbed wire and enter into Nejmeh Square where parliament building is located.

Live TV footage meanwhile showed a standoff among protesters themselves, with some hurling insults and a number of protesters chasing a young man who was carrying a baton.