Report: France Could Launch an Initiative for Lebanon 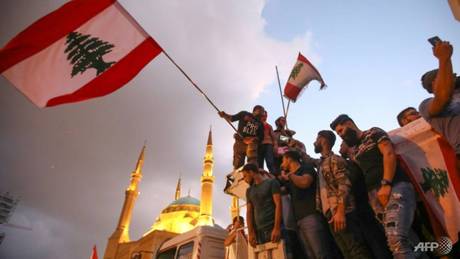 France could dispatch a new envoy to discuss an “initiative” to salvage Lebanon’s crumbling economy, al-Akhbar daily reported on Thursday.

Ministerial sources said that information from the French capital indicate that the Elysee Palace is sending a new envoy to Lebanon in order to discuss the possibility of a "rescue" initiative on the economic level, according to the pro-Hizbullah daily.

“The French do not prefer Lebanon’s collapse. They fear it could trigger a wave of refugees to Europe, or affect their political influence in this region of the world, or affect their troops operating in the south as part of the international emergency forces, as well as their investments in oil and gas and their CEDRE projects,” said the sources.

They said such an endeavor could not take place without US and British approval.

About a conference that may be held in Paris, if the French effort turns successful, the sources pointed out that “it is too early to talk about the results before the launch of the initiative.”

Stay out of our business... your interventions are too harmful.