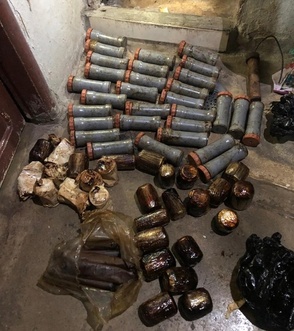 The army on Thursday confiscated a quantity of explosives in the Tripoli neighborhood of Jabal Mohsen.

“An Intelligence Directorate patrol raided the house of Lebanese citizen Z.Kh. in the Jabal Mohsen area, Tripoli, arresting him along with R.Kh. and A.S.,” an army statement said.

“A quantity of explosives was seized in their possession,” it added.

“The detainees and the seized material were referred to the relevant authorities as an investigation got underway,” the army said.

Nothing changes....Education will take forever to reach them in the meanwhile their Gods will take care of them....