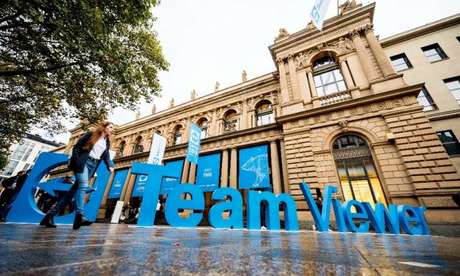 Germany's economy ministry on Thursday said it planned to tighten rules on non-EU takeovers of hi-tech firms, against a backdrop of growing alarm about Chinese firms buying up German know-how.

The ministry said it had drafted an amendment to the Foreign Trade Regulation that would allow the government to review or block foreign purchases of stakes as low as 10 percent in "critical technology" companies.

It would affect firms working in the areas of robotics, artificial intelligence, semi-conductors, biotechnology and quantum technology.

"It's not about banning acquisitions, but about being able to look at them more closely in cases where it concerns critical technologies," the ministry said in a statement.

The move goes further than previous efforts by Berlin to protect strategic firms from foreign acquisitions.

Economy Minister Peter Altmaier will unveil the proposal at a Berlin press conference on Friday.

Concern has mounted in recent years as Chinese companies have bought up or purchased controlling stakes in high-tech firms, airports and harbors in countries across the European Union.

In Germany, the 2016 takeover of industrial robotics Kuka by Chinese household goods maker Midea sparked an outcry with critics saying vital technologies were being sold off to Beijing.

The German government responded in 2017 by announcing closer scrutiny of acquisitions by non-EU firms, doubling to four months the time for reviews, and strengthening its veto powers.

Berlin toughened its stance again last December with stricter rules to shield "critical infrastructure" sectors like energy, defense and telecoms from such takeovers.

Those regulations made it possible for the government to review purchases of stakes as low as 10 percent in such companies, down from 25 percent previously.

But it still did not cover companies like Kuka -- something Altmaier's latest proposal seeks to address at a time when Germany is pushing to ramp up its hi-tech sector.

Investments from China "do not threaten your national security", he said, stressing that Chinese firms wanted to learn from German "experiences and technologies".

That same month, the German government took a minority stake in electricity transmission firm 50Hertz, thwarting Chinese investors from buying into the company.

In another case last year, Berlin came close to using its veto right for the first time to halt the sale of machine tool manufacturer Leifeld Metal Spinning to China's Yantai Taihai Corporation.

Yantai preemptively abandoned its bid, avoiding the need for a veto.

Germany is far from alone in trying to curb Chinese appetite for European firms.

From just 2.1 billion euros ($2.3 billion) in 2010, Chinese direct investment into the European Union hit a peak of 37.2 billion in 2016, according to a study by the Rhodium research group.

The volume of Chinese investments has dropped since, as Beijing clamped down on overindebted firms and European governments scrambled to tighten regulations.

Much of the Chinese investment has come from state-controlled groups, the study found.

"This is an unequal fight that our firms are losing more and more," he told DPA news agency.

Critics, led by Washington, say Huawei has close ties to the Chinese government and its equipment could be used to spy for Beijing.

Huawei has strongly denied the allegations.

Merkel has so far resisted the calls to ban Huawei from the bidding process, saying those involved in the 5G rollout would have to comply with stringent security standards.

But opponents accuse her government of bowing to the economic might of China, Germany's largest trading partner.