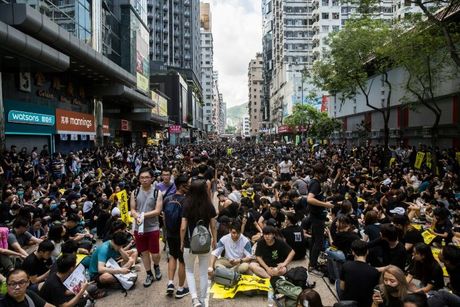 China on Monday slapped punitive measures on the US in retaliation for its backing of a pro-democracy movement in Hong Kong, announcing sanctions on NGOs and suspending visits by US warships and aircraft.

"In response to the unreasonable behaviour of the US side, the Chinese government has decided to suspend reviewing the applications for US warships to go to Hong Kong for (rest and) recuperation as of today," foreign ministry spokeswoman Hua Chunying said at a regular press briefing.

Sanctions will apply to NGOs that had acted "badly" over the recent unrest in Hong Kong including the National Endowment for Democracy, Human Rights Watch and Freedom House, Hua said.

"China urges the United States to correct its mistakes, stop any deeds and acts of interference in Hong Kong affairs and China's internal affairs," she added.