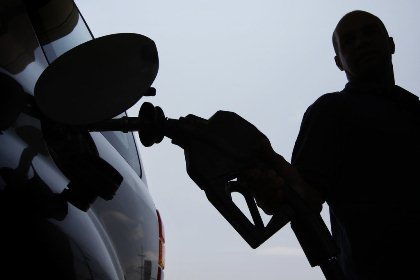 After a meeting with the heads of the syndicates, Bustani said each stakeholder will contribute a certain share.

The minister however noted that the contributed shares will not be sufficient to cover the entire exchange rate losses.

“The prices schedule will be issued on Wednesday,” Bustani said.

“I will not allow the credit mechanism that the central bank has imposed on gas station owners to be turned into a burden on citizens. The burdens will be distributed on the syndicates so that citizens don’t bear them,” the minister added.

Gas station owners had staged a strike on Friday, bringing the country to a standstill and drawing angry reactions from citizens, especially taxi drivers and delivery workers.

On September 30, the central bank said it would facilitate access to dollars for importers of petroleum products, wheat and medicine.

Lebanon has been grappling with widespread anti-government protests since October 17, a free-falling economy, and an escalating liquidity crisis.

The dollar exchange rate in the parallel market has shot up from the pegged rate of 1,507 pounds to the greenback to around 2,250.

Lol agree to a share loss?? no way its not the Lebanese governments thing to do so. They must have figured out a way to get their losses funded through other channels. Mar Jubran would not allow it surely?