Berri: All Parties Have Expressed Readiness to Offer Concessions 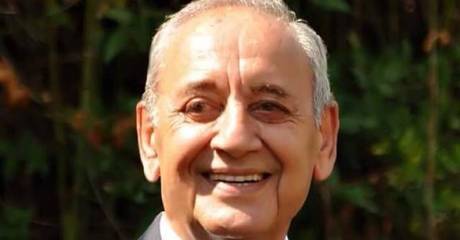 Parliament Speaker Nabih Berri on Wednesday said “things are very positive” regarding the political talks to name a PM-designate, noting that “all parties have expressed readiness to offer concessions.”

“No one should evade responsibility amid the financial and economic crises that we are going through,” Berri told MPs during the weekly Ain el-Tineh meeting, stressing the need to “bolster national partnership to face the pressing challenges whose flames are burning the Lebanese.”

Berri’s political aide Ali Hassan Khalil and Hussein Khalil, the political assistant of Hizbullah’s secretary general, had held talks overnight with caretaker Prime Minister Saad Hariri, who reportedly told them that he endorses the nomination of the contractor Samir Khatib for the PM post.

No one should evade responsibility amid the financial and economic crises that we are going through,” Berri told MPs- Wow really? or did he mean everyone but him? He has been providing little tidbits for many of his followers who keep him in power at the expense of Lebanon.

I propose an age limit of 70. THat would get rid of 2/3 of the ministers and the president as well as berri. How about that concession?

you should have also posted under your canadian screen name