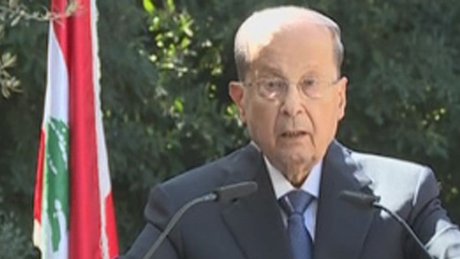 President Michel Aoun on Thursday hoped the new government “will be formed as soon as possible so that it starts addressing the problems that need urgent care and attention.”

Aoun added that the new government should “restore confidence between the state and citizens.”

“The priorities of the new government will be achieving the necessary reforms in the various sectors, continuing the process of fighting corruption, and rectifying the flaws in the work of state institutions,” the president went on to say.

The Presidency on Wednesday announced that the binding parliamentary consultations to name a PM-designate will be held on Monday.

Aoun refrained from calling for immediate consultations to name a replacement, arguing that prior consensus was needed on the shape of the new government amid the extraordinary situations in the country.

Quoting Hizbullah and AMAL Movement sources, MTV reported Wednesday that a final agreement has been reached on Khatib's nomination.

The sources added that they are "very optimistic," saying that the new government could be formed "before Christmas" and that "only the distribution of some portfolios remains pending."

please only post under one screen name ya waheed