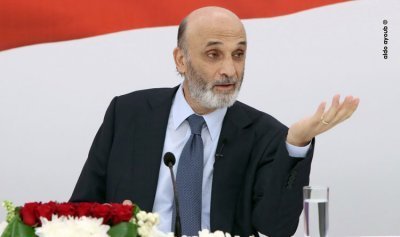 Lebanese Forces leader Samir Geagea on Thursday noted that the proposed techno-political government is “nothing but a one-sided government.”

“The techno-political government that the ruling forces are proposing today is nothing but a one-sided government, seeing as its technocrats are mere fronts for the same political forces who have pushed people inside and outside Lebanon to lose confidence in the country,” Geagea said after a meeting for the Strong Republic bloc.

“What’s needed today is a government that works according to scientific and economic backgrounds and with a new approach characterized with integrity, competence, objectivity and impartiality, which would restore the lost confidence in Lebanon,” the LF leader added.

Warning that Lebanon has become “in the middle of the storm of financial and economic collapse,” Geagea called for “an immediate revival operation and a mighty, revolutionary salvation plan that draws inspiration from the revolution and its spirit and meets its demands, away from the approach of obstinacy and the distribution of shares.”

The Presidency has meanwhile scheduled the binding parliamentary consultations to name a new PM for Monday.