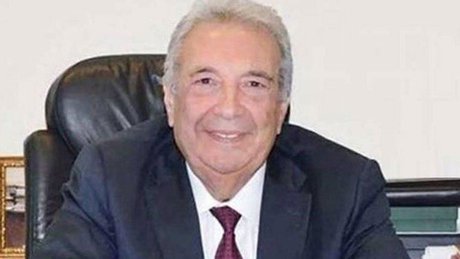 The leading candidate for the post of PM-designate, Samir Khatib, is in “very good health,” his office said on Friday.

“Some media outlets published a report about Engineer Khatib’s health, following a series of rumors in this regard that involved insulting and false information which are totally baseless,” the office said in a statement.

“Engineer Khatib would like to stress that the aforementioned report -- like the rest of the rumors -- is false,” the office added.

“To whom it may concern: he is in very good health,” it said.

Consultations to name a PM-designate will be held Monday, the Presidency has announced, more than a month after a wave of protests led outgoing prime minister Saad Hariri to resign.

Khatib is a businessman who is less widely known than most former prime ministers and has no experience in politics.

Protesters have demanded the wholesale removal of the current political class and have insisted on a government dominated by technocrats.

This crook isn't yet a politician yet he already has an "office". Who issued this lame statement, his personal assistant/secretary or the cleaner?

“To whom it may concern: he is deluded,”