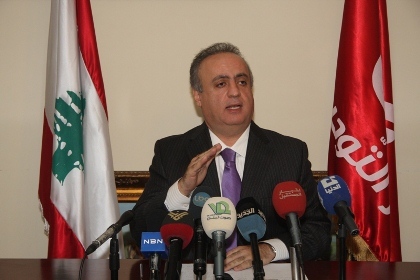 Ex-minister Wiam Wahhab on Friday said that a new premiership candidate might emerge prior to Monday’s binding parliamentary consultations, suggesting that international and domestic forces might push for a nominee other than Samir Khatib.

“Lebanon is betting on (French) President (Emmanuel) Macron’s support to halt the financial and economic collapse and the Paris meeting may prompt a change in the premiership candidates before Monday,” Wahhab, who is close to Hizbullah, tweeted.

Khatib has so far emerged as the leading candidate to lead the new government, after consensus was reached among the ruling coalition’s main parties.

Media reports have said France intends to hold a meeting Wednesday for the International Support Group for Lebanon to help the country cope with its dire economic crisis.

A European official confirmed that invitations to the meeting have been sent out.

A Lebanese official meanwhile said that Saudi Arabia and the UAE are expected to be invited to the meeting.

Wahab has about as much knowledge into the world as much as Macron knows about Wahabs dilapidated mind.

Okay let me see if I understood, Macron President of France together with UAE and KSA will meet to decide a candidate to lead Lebanon... Question: since when has Lebanon became subordinate to those nations? Answer: Since Almustaqbal leaders has given the country's resources as Guarantee in exchange for Loans from those countries (lenders).