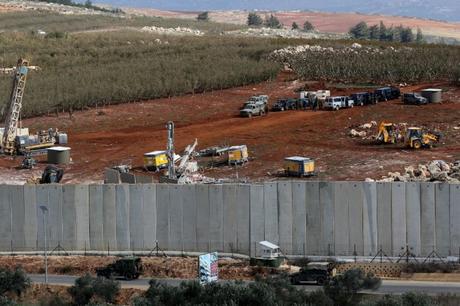 The Israeli army said it found a new cross-border tunnel dug by Hizbullah on the Lebanese-Israeli border, noting that the party had “strengthened its presence along the border area a year after discovering a network of its tunnels,” media reports said on Saturday.

Israeli official Roy Levy, the Northern Border Brigade commander, was quoted as saying that “the tunnel goes as deep as 18 meters and approximately one kilometer long.”

Levy said the tunnel inside has “electricity, rooms and water,” noting its depth is equivalent to the length of a building consisting of 20 floors.”

Whilst the Shia people are starving, Hizbala wastes millions of dollars per tunnel that will eventually get flooded with cement and water.

These are the terrorists’ priorities.