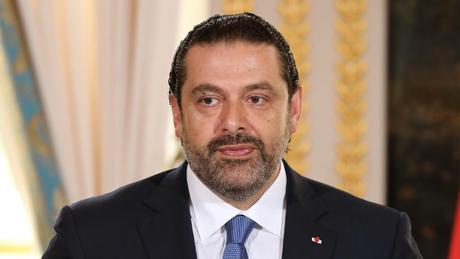 Lebanon’s binding parliamentary consultati ons have been delayed until Monday and outgoing Prime Minister Saad Hariri “adamantly” insists on forming a cabinet of “specialists” to counter the crisis in Lebanon, the Saudi Asharq al-Awsat reported on Tuesday.

Political sources following up on the developments in Lebanon told the daily “the upcoming (binding) parliamentary consultations to name a premier are going to be decisive this time. This has compelled the presidency to allow some time (until Monday) before initiating the consultations.”

The sources pointed out that although Hariri is “open” for talks with parties, but he “insists on the formation of a rescue government composed of specialists shall he be chosen to lead the new government.”

After the recent developments "Hariri’s chances to be named a premier have risen,” they said.

On Sunday, President Michel Aoun postponed the consultations after Sunni Muslim leaders threw their support behind Hariri returning to the post, and to "allow for more deliberations".

Businessman Samir Khatib had been put forward as a likely contender to succeed Hariri, but he said a visit to the country's highest Sunni Muslim authority had indicated otherwise.

Several names had been put forward as potential candidates to replace Hariri, and Khatib was the latest -- despite protesters rejecting him as being too close to traditional circles of power.

Bring specialists from Sweden. It's a highly developed country with some of the highest living standards. They will not be sectarian or political oriented. They are some of the least corruptible. We could get top specialists at half the salary our useless ministers and MPs take for doing nothing.

Kellon Y3ane Kellon!
We don't want to see Hariri anymore, unless this is an interim cabinet, and this is made very clear!