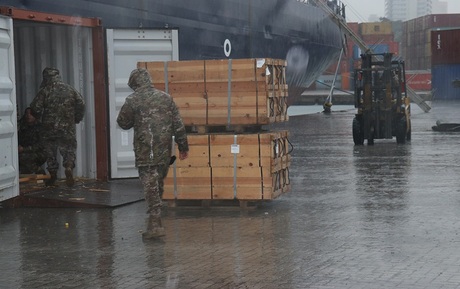 NNA said the shipment, delivered at the Port of Beirut, involved sixteen containers of various calibers of ammunition as part of a U.S. grant.

The grant is part of the U.S. military assistance program for Lebanon, the agency added.

On December 2, U.S. officials said that the Trump administration had released more than $100 million in military assistance to Lebanon after months of unexplained delay.

Let’s hope it won’t be used by the Lebanese army, protector of the corrupt ruling class, against the people.

Trump has given them his warning signal. It ends up being used against the protestors and not stopping the farm boys of Amal and hizbollah then the same as Jamal Trust transaction will occur.