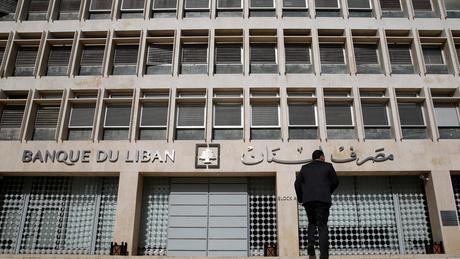 A breakthrough at the financial level will likely begin to unravel, amid reports that banks are mulling to facilitate “fresh money” transactions after tight measures to deter the sector from collapse, said al-Joumhouria daily on Wednesday.

Banks will begin today by allowing depositors withdraw remittances from abroad in the same foreign currency that is transferred to them after they were delivered to the recipients in the Lebanese currency, or by bank checks, according to the daily.

Shall banks start applying that, the move paves way to return some money back inside Lebanon, it added.

The meeting was held in the presence of Hariri’s economic advisor Nadim Munla.

A statement issued by Hariri’s office said discussions focused on “the financial and economic situation and the 2020 draft state budget.”

Depositors have rushed to withdraw their money after banks reopened following a two-week shut-down at the start of the October 17 protests.

Lebanese officials estimate that as much as $4 billion have been withdrawn from banks over the past weeks as the local currency loses nearly 40% of its value. The money remains in the country but reflects the deepening confidence crisis banks are facing.

Local banks imposed capital control measures unseen before in the country known for its free-market economy, such as limiting withdrawals and transfers of money abroad.

So in plain English what does all this mean? the banks will go back to allowing folks to withdraw their money and in parallel a 40% loss to the Lira?