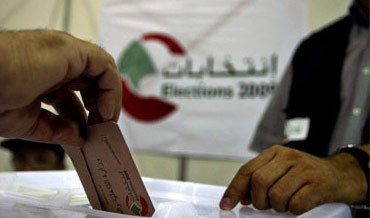 Transparency International published a new report on the level of corruption revealing that Lebanon, Jordan and Palestine top the countries of the Middle East and North Africa in terms of the number of citizens who have been bribed for their votes in elections.

The report included a survey in which 6,600 citizens from 6 Arab countries participated, namely: Lebanon, Jordan, Palestine, Sudan, Tunisia and Morocco. The report showed that 47 percent of Lebanese participants were offered a bribe in exchange for their votes, 26 percent in Jordan, and 12 percent in Palestine.

It also showed that 28 percent of Lebanese participants were subject to threats in a bid to force them into voting for a particular party. This percentage falls to 4 percent in Palestine and 3 percent in Jordan.

At the level of public utilities services, Lebanon topped the list again with a rate of 51 percent of respondents who said that they used mediators to facilitate access to public services such as electricity and water, then Jordan and Palestine at a rate of 21 percent each.

Of course our politicians don't say anything, this is how they are 'elected' to office in the first place.

Transparency International is a shadowy outfit based out of Tel Aviv, is that it? Kidding aside, you ought to go to its website and look up USA. It turns out I wasn't kidding.