Bassil Meets Berri, Tells Him He 'Misses Dialogue' with Him 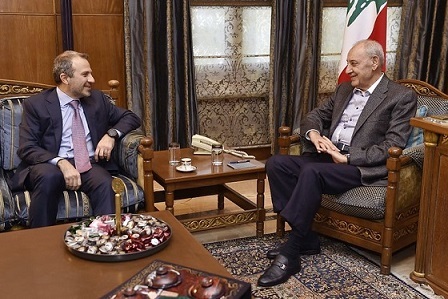 The National News Agency said Berri’s adviser and caretaker Finance Minister Ali Hassan Khalil joined the meeting after it got underway and that the talks tackled the political developments.

According to media reports, Bassil told Berri that he “misses dialogue” with him.

“In this country, there is no alternative to dialogue,” Berri reportedly answered.