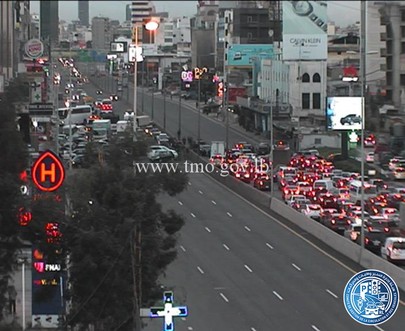 The Lebanese army arrested several activists on Friday during scuffles with protesters blocking the Jal el-dib highway, amid sit-ins elsewhere as the two-month-old movement against corruption and mismanagement continues.

Tens of protesters in Jal el-Dib battled police on multiple points on the highway disrupting the morning rush hour.

Video recordings circulating on social media showed army troops beating and kicking one of the protesters in the middle of the highway, which angered people.

“We are blocking the road this early to make our voices heard in Baabda,” one protester told MTV reporter, referring to President Michel Aoun’s failure to begin the binding parliamentary consultations to name a premier.

In the northern city of Jounieh, protesters staged a sit-in near the car registration division preventing access for employees. They placed a Lebanese flag at the entrance door, the National News Agency reported.

Lebanon has been grappling with nationwide protests and faces one of its worst economic crisis in decades, only deepened by the political stalemate.

Hariri has called for a government of technocrats but remains the most likely candidate to head a new one.

lol @ the Lebanese Army defending our borders and sovereignty.

The military leaderships protects its interests, ya3ne the corrupt ruling class because they’re hand picked by them.

Notice how they haven’t arrested a single of the thugs since October 2017, not a single terrorist who threw Molotov Cocktails at them, or huge rocks. But they arrest citizens for demanding their rights.

The police forces, the army the civil and military courts must be cleansed of its corrupt higher ranked officers because they’re all, as in every single one of them, corrupt.