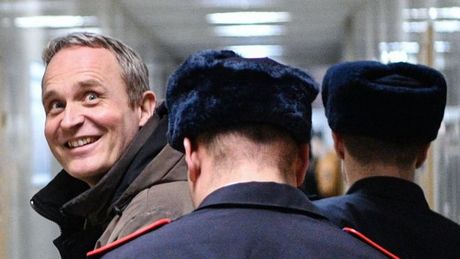 A Russian court sentenced a Jehovah's Witness to six years in prison Friday for extremism, the group said as Moscow pursues a crackdown on the US-based movement.

Russia outlawed the Jehovah's Witnesses in 2017, calling them an extremist organisation.

A court in Penza, 600 kilometers (375 miles) southeast of Moscow, had convicted Vladimir Alushkin on charges of extremist activity, said Jarrod Lopes, a New York-based spokesman for the religious movement.

Alushkin was arrested in July 2018 and spent nearly six months in jail before he was placed under house arrest.

Five other Jehovah's Witnesses including Alushkin's wife were given suspended sentences of two years as part of the case.

"The current state of religious freedom in Russia is reminiscent of Soviet times," Lopes said in a statement.

"Vladimir's six-year prison sentence is one of the harshest imposed on one of Jehovah's Witnesses since the 2017 ban."

Last month a court in the western Siberian city of Tomsk also sentenced a Jehovah's Witness, Sergei Klimov, to six years in prison.

A Danish Jehovah's Witness, Dennis Christensen, was given a six-year term in February after being convicted on similar charges in a case that drew international condemnation.

Moscow unleashed its crackdown on the Christian evangelical movement even though President Vladimir Putin said last year that Jehovah's Witnesses should not be considered terrorists.

Putin's spokesman Dmitry Peskov has said there are no immediate plans to change the law.

Founded in the United States in the late 19th century, the movement has often faced problems in connection with member's proselytization or refusal to respect state symbols such as flags.

There are 175,000 Jehovah's Witnesses in Russia, a predominantly Orthodox Christian country.

Forty three Jehovah's Witnesses are currently detained there and 22 others are under house arrest, according to the group.