Iranians Must Be Allowed 'to Protest Freely', Berlin Says 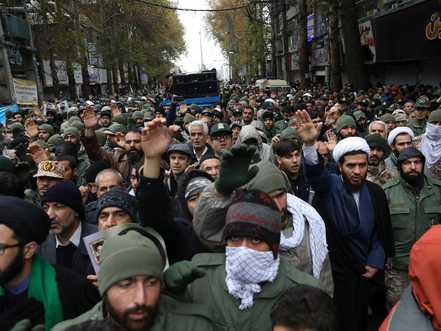 The Iranian people must be allowed to "protest peacefully and freely" after authorities there admitted to accidentally shooting down a passenger plane, Berlin said Monday.

Iranians have the right to take to the streets to express their "grief and also their anger" after the plane disaster, German foreign ministry spokeswoman Maria Adebahr said.

"The Iranian people must have the opportunity to protest peacefully and freely, and to express their opinions," Adebahr told reporters at a regular government press conference.

"We are convinced this has to happen in a peaceful, free and unhindered way."

Protests erupted at the weekend after the Iranian armed forces admitted to causing last week's air disaster that killed all 176 people on board a Ukrainian passenger jet.

On Saturday evening, a memorial at Tehran's Amir Kabir University in honour of those killed turned into a demonstration that AFP correspondents said was attended by hundreds of students.

They shouted "death to liars" and demanded the resignation and prosecution of those responsible, Fars news agency reported, saying that police "dispersed" them.

"We urge the security forces to show the greatest possible restraint," she added.

The Islamic republic initially denied Western claims based on US intelligence that the passenger plane had been struck by a missile before admitting it on Saturday.

The air disaster last Wednesday happened hours after Iran had launched a wave of missiles at US troops stationed at Iraqi bases, in retaliation for the killing of a top Iranian general.

"Iranians Must Be Allowed 'to Protest Freely', Berlin Says"...ONLY Iranians? How about your puppet tyrants who purchase arms from you.