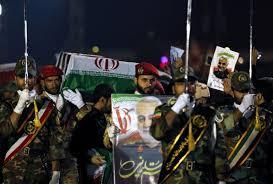 Police in Tehran have been ordered to show "restraint" at demonstrations that erupted after the accidental shooting down of a Ukrainian passenger jet, the Iranian capital's police chief said Monday.

"The police treated the people who had gathered with patience and tolerance" in a second night of demonstrations in Tehran on Sunday, said General Hossein Rahimi.

"The police did not shoot at the gatherings at all because a restraint order (had been issued) for police in the capital," he said in a statement published by state television.

The Ukraine International Airlines plane bound for Kiev was shot down shortly after take-off from Tehran on Wednesday, killing all 176 people on board.

Officials in Iran initially denied Western claims the Boeing 737 was downed by a missile, before acknowledging on Saturday that it had been shot down in a catastrophic error.

A gathering by hundreds of students at a Tehran university on Saturday evening to honour the dead turned into an angry demonstration against the authorities before it was dispersed by police.

Similar demonstrations were held in the Iranian capital again on Sunday night, according to unverified videos shared on social media, but it was difficult to assess how many people took part.

Iran has invited experts from Canada, France, Ukraine and the United States to take part in the investigation into the air disaster.

Show 'Restraint', this means change the settings from automatic to semi-automatic on their machine guns.