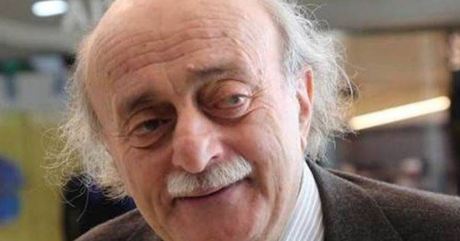 “Today, Lebanon is between the hammer of U.S. sanctions and the Iranian anvil,” Jumblat tweeted.

“Blows are coming from every side, but the destruction of banks would deal an existential blow to the Lebanese entity,” the PSP leader cautioned.

Defending the central bank, Jumblat said Banque du Liban “implemented the instructions of the political authority and financed a state ravaged by corruption.”

“No one objected until people started demanding reform, which has been and is still being rejected by the presidential tenure,” the PSP leader charged.

Anti-corruption protests turned violent Tuesday and Wednesday when demonstrators clashed with security forces and smashed windows of commercial banks they accuse of corruption and denying them their deposits.

The protest movement that has been rocking Lebanon since October 17 has increasingly targeted banks in recent weeks amid a severe liquidity crisis.

It's your buddy berri' gang..anytime there is trouble he sends them to destroy buildings and public cars and assets..