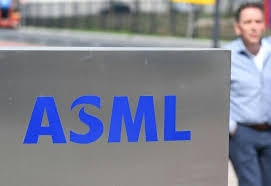 Dutch computer chip machine manufacturer ASML found itself on Friday at the center of a row between Beijing and Washington over the delivery of a hi-tech system to China.

ASML has been waiting since June for Dutch government approval to deliver one of its machines to an unnamed Chinese client amid U.S. concerns that the "highly sensitive" technology could have military uses.

The U.S. and Chinese ambassadors have this week put pressure on the Dutch government from both sides over the 120-million-euro ($134-million) machine, one of ASML's newest.

Dutch foreign trade minister Sigrid Kaag said on Friday that the government was "studying the risks, the security criteria and national interests" and would take a decision "in due course".

"It's up to the government to see if they will give us an export permit. We are waiting," said Monique Mols, spokeswoman for ASML, which is the world's leading maker of lithography systems used by the semiconductor industry.

The U.S. ambassador to the Netherlands, Pete Hoekstra, was quoted by the Dutch daily Financieel Dagblad on Friday as saying that the technology "does not belong in certain places", in an apparent reference to China.

He was responding to comments to the same newspaper by his Chinese counterpart Xu Hong warning about the "politicization" of commercial ties between China and the Netherlands over the machine.

Washington and Beijing have been in a trade war for the last two years, although they signed a deal for a truce on Wednesday.

But the technology is listed on a multilateral agreement signed by around 40 countries including the United States and the Netherlands governing export controls on dual use civilian-military technology.

After spending billions of dollars on two decades of research and development, ASML sold its first 12 EUV machines in 2017 and expects to sell 35 to 40 a year by 2020.

Based in Veldhoven, near the southern city of Eindhoven, ASML is listed on the Amsterdam and Nasdaq stock markets with a total value of 40 billion euros, with factories in Asia and the United States.