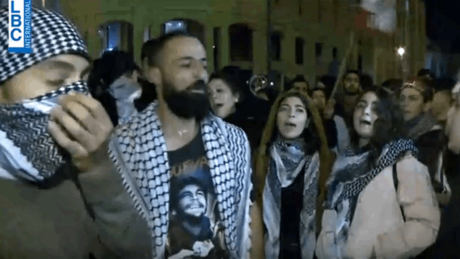 Anti-government protesters on Friday braved rain and a stormy weather to stage fresh demos against the ruling class and the banking policies.

The protesters rallied near parliament in downtown Beirut, outside the central bank in Hamra, on the capital’s Ring highway, in the northern city of Tripoli and in the southern city of Tyre.

The demos have so far remained peaceful, in contrast to the violence of the past few days.

Panic and anger have gripped the public as they watch their local currency, pegged to the dollar for almost three decades, plummet, losing more than 60% of its value in recent weeks on the black market. Meanwhile, banks have imposed informal capital controls, limiting withdrawal of dollars and foreign transfers from the country.