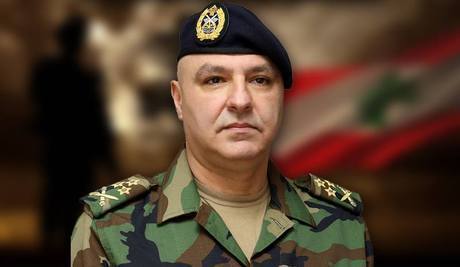 Lebanese Army Commander Gen. Joseph Aoun stressed on Saturday that the Lebanese Armed Forces will not slack-off despite criticisms directed at the military institution.

“In parallel to carrying out the tasks entrusted to us, regardless of the odd voices rising from time to time, any criticism directed at the military institution will not affect us and we will keep on protecting Lebanon’s people and land,” said Aoun.

His remarks came at the inauguration of an office at the military headquarters in Badaro for the families of martyrs and people with special needs.

Pointing out to the army’s role amid nationwide protests gripping the country for over three months, he stated: “We appreciate the efforts exerted by the military wherever they are, despite the magnitude of pressures, especially economic ones. We will remain defenders of our rights until the last breath, and we will remain high ready to face challenges and loyal.”

No need to keep the Darak, just enroll them already In the army as their role is useless and is not helping..they are incapable to fire a rubber or smoke gun.