Hariri: Lebanon Sliding towards ‘Unknown’ While Sides Bicker over Govt. 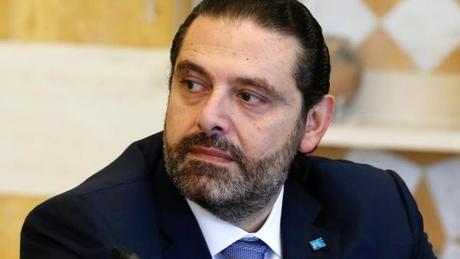 Hariri said in a tweet that his “government has resigned in order to form a new one to address the popular demands, but for over ninety days obstruction continues while the country heads towards the unknown and the group concerned with the formation is taking its time to discuss the kind of government” they desire.

“All security forces assume their responsibilities in applying laws and protecting civil peace. They bear the outcomes of the confrontations with popular movements on a daily basis. Continuing the cycle of security against people only means a persisting crisis and denial of the new political reality,” emphasized Hariri.

“A new government must be formed to stop an aggravating economic and security crisis,” he added, noting that a government in a caretaker capacity “is not the solution”, and urging political parties to “stop wasting time.”

You know I have no obstructions as far as you are concerned.... so, come slide with me.

Priceless rides I bet. What was the price of your silence again? :)

This guy talks from both ends of his mouth. His plan is to come back as PM, he figures that no one can form a government and he will reluctantly accept the position of PM. If we had a strong unbiased Leader of the armed forces he/ she would round all these clowns up, put them in jail pending an international trial and form a government by enforcing what the people on the street want. I know wishful thinking on my part....

Fascism could be defined as the political expression of the philosophical idea that the future can be deduced from the proper set of assumptions.
Reality is largely unknown, with a little slug of harshness and beauty right square in your way. In that unknown we encounter each other. Do you want to be harshness to others or beauty?

under your time, nothing was any better Hariri..