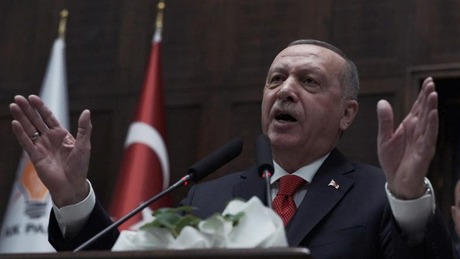 The two leaders inaugurated a new Turkish-German University in Istanbul, where Erdogan expressed his concerns about the Libyan conflict.

"If calm is not established as soon as possible, the atmosphere of chaos in Libya will affect all the Mediterranean basin," he said in a speech.

He called for greater pressure on military strongman Khalifa Haftar, who is waging an offensive against the UN-recognised government in Tripoli, which is supported by Turkey.

"We hope the international community will not make the mistakes it made in Syria," he said.

World powers have stepped up efforts in recent weeks to find a political solution to the conflict, after years of chaos following the killing of longtime dictator Moamer Kadhafi.

The opening of the new Turkish-German University comes at a moment of warming relations between the two countries.

Merkel described it as "an extraordinary example of cooperation between Turkey and Germany".