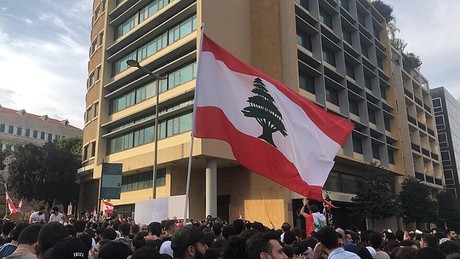 A U.S. official in Lebanon reportedly said “no one wants to see the country fall” and that assistance for the crisis-hit nation is closely related to its implementation of the needed reforms, al-Joumhouria daily reported on Saturday.

“No one in the world wants to bring down Lebanon or wants to see this nation fall, but we rather want to extend help which depends on the reforms that must be taken and a clear plan in this context, as well as a clear economic vision,” the daily quoted a US official as telling a group of lawmakers in Lebanon.

Similarly, the representative of the World Bank had earlier expressed willingness to assist Lebanon, provided that the required and urgent reforms are undertaken, which were also emphasized by the United Nations Representative in Lebanon, Jan Kubis, stated the daily.

Kubis had stressed in a statement that Lebanon’s “government needs to implement a meaningful reform package, to break with the corrupt practices of the past, to promote justice, transparency, and accountability.

The great reform that Lebanon needs is the return of the Mecca refugies and peace in the region... Conclusion:USA administration is against the reforms in Lebanon, defend the chaos in lebanon

The bigger question is why doesn't the government which is a Hezbollah government reject any foreign assistance from the west period. So this way they can say they don't need the west and sole depend on Iran.

they depend on aid from the 'devils' of the west and arab states so they can placate their followers. Iran has no money now and all kizb sees is ending up like Gaza if nothing changes.