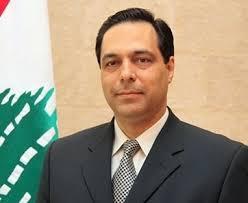 Prime Minister Hassan Diab said on Monday that his government is not going to obstruct the 2020 state budget prepared by the former government of PM Saad Hariri who resigned in October.

Speaking at the beginning of the parliament session dedicated to discuss and later approve said budget, Diab said: “Nothing is going normally in Lebanon today, the current economic and financial complications compel us to behave out of necessity and logic.”

Referring to the absence of ministers, he said “the government can not collectively appear before the parliament before the vote of confidence, but it will not hinder a budget prepared by the former government.”

MP Samir el-Jisr and several other MPs of al-Mustaqbal Movement, urged the PM to announce whether he is going to “adopt” the controversial budget ever prepared by the government of his predecessor PM Saad Hariri.

Diab’s government was formed last week but it still has to gain a vote of confidence in parliament.

You won’t object anything done by your predecessors because you’re part of the same corrupt gang, filth.