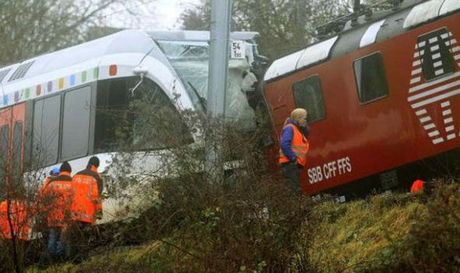 A dozen people were injured in the central Swiss city of Luzern Monday, when a train sped into the station and slammed into a buffer, police said.

No one was seriously wounded in the accident, but 12 passengers on the train suffered minor injuries and were taken to hospital, regional Luzern police said.

It remained unclear why the driver of the train, travelling from Zurich, had failed to slow down when entering the Luzern station -- its final destination -- at around 10.00 am (0900 GMT), police said.

"The train was going too fast and couldn't stop," police spokesman Christian Bertschi told AFP, adding that an investigation had been opened into the incident.