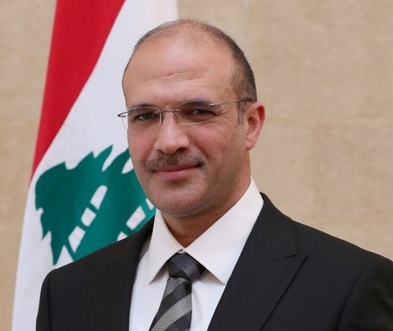 Health Minister Hamad Hasan assured on Tuesday that the crew of a vessel arriving from the Far East to Lebanon’s territorial waters has been proven free of coronavirus.

In a statement issued by his media office, Hasan said: “The vessel coming from the Far East arrived at the territorial waters and was thoroughly checked for viruses before it docked at Beirut Port. Medical tests were run and have shown that the entire crew are in good health and have no symptoms of coronavirus infection. It has been authorized to dock.”

General Security teams have also inspected the vessel upon arrival at Beirut Port and found it clear of any contamination, added the statement.

Hasan indicated that the ship complied with the international health criteria.

On Monday, activists in the northern city of Tripoli staged a sit-in rejecting the vessel docks at the city’s port, the National News Agency reported.

They said they “have no trust in the government or its decisions.”

The death toll in mainland China from the new type of coronavirus has risen to 425, with the total number of cases now standing at 20,438, officials said Tuesday.

Countries have been evacuating and restricting the entry of Chinese or people who have recently traveled in the country.

The World Health Organization said the number of cases will keep growing because tests are pending on thousands of suspected cases.