Erdogan Urges Syria to Back off Turkish Observation Posts 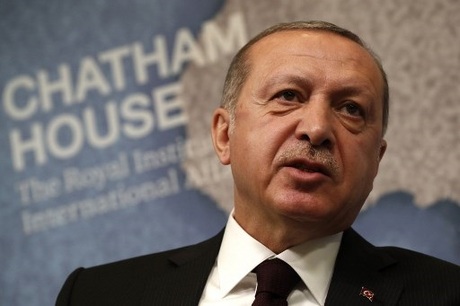 Turkish President Recep Tayyip Erdogan urged Syria on Wednesday to withdraw its troops from its military observation posts in northwestern Idlib province where clashes have intensified in recent days.

"If the regime does not pull back, Turkey will be obliged to take matters into its own hands."

Eight Turkish troops and civilians were killed on Monday by regime fire in Idlib -- the last opposition bastion in the conflict-torn country.

Turkey killed at least 13 Syrian government troops in response, according to monitors, in the deadliest clashes since Ankara sent troops to Syria in 2016.

Erdogan has criticised Russia, a key backer of President Bashar al-Assad's regime, for failing to enforce peace agreements in the region and called for Moscow to "better understand our sensitivities in Syria".

"From now we will not turn a blind eye to any step that constitutes the violation of the agreements," he added.

Erdogan said this week's clashes amounted to a "new era" in Syria, and that any further attacks would be "responded to in kind".

"The air and ground elements of the Turkish armed forces will freely move in the Idlib region and if needed will launch an operation," he said.

As part of the 2018 Sochi deal with Moscow, Turkey set up 12 observation posts in Idlib, one of which was surrounded by Assad's forces in December.