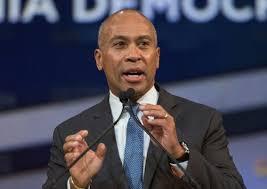 Former Massachusetts governor Deval Patrick announced Wednesday he was giving up his fight for the Democratic presidential nomination, marking the departure of the last African-American left in the once-crowded field.

Patrick threw in the towel after doing poorly in the New Hampshire primary Tuesday, the second state contest in the battle to become the Democrats' pick to challenge President Donald Trump in November.

His exit came a day after Asian-American entrepreneur Andrew Yang quit the race, leaving only one person of non-white ethnicity left in the Democratic field, part-Samoan Tulsi Gabbard, a congresswoman from Hawaii.

"The vote in New Hampshire last night was not enough for us to create the practical wind at the campaign's back to go on to the next round of voting," Deval said in a statement.

"So I have decided to suspend the campaign, effective immediately."