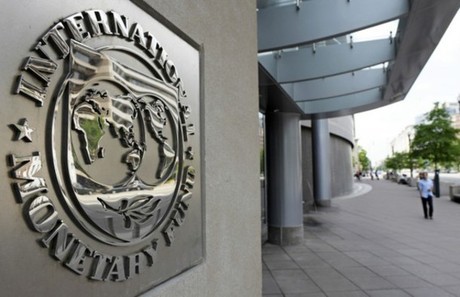 A day after receiving a vote of confidence from parliament, the government on Wednesday afternoon asked the International Monetary Fund to provide advice on its economic plan, a fund spokesman said.

However, the IMF statement made no mention of financial assistance for crisis-battered Lebanon.

The authorities asked for "advice and technical expertise on the macroeconomic challenges facing the economy," IMF spokesman Gerry Rice said in a statement.

Part of the mission of the Washington-based crisis lender is to offer "advice to its member countries on policies and reforms to restore macro-stability and promote growth."

However, "any decisions on debt are the authorities', to be made in consultation with their own legal and financial advisors," Rice said.

The country is on the brink of defaulting on its sovereign debt, with a $1.2 billion Eurobond payment due next month.

Lebanon's parliament on Tuesday backed the cabinet and program of incoming Prime Minister Hassan Diab in a confidence vote amid widespread and at times violent protests.

Diab has warned that the economy could collapse without an emergency plan to restore order.

The international community has pledged more than $11 billion in desperately needed financial aid but made it conditional on the speedy implementation of economic reforms.

Rice in late January said the IMF already was providing technical assistance to Beirut but denied there had been any request for a loan.

advice IMF style leads to empoverishment of the people. in brazil they advised to tap into the natural resources, in africa, in malaysia too. we see the consequences of their "advice" now...

here is an example of how they "help people: 'The IMF is hurting countries it claims to help'
it seems the same case scenario as lebanon...

The IMF's help is offered when bankrupt countries like Lebanon ask for help. They are pragmatic people, experts, and no nonsense kinda people. Your politicians steal the countries wealth and you go to the IMF asking for help. What do you expect them to do? Give us money and watch their money evaporate?

They put plans in place with trackable milestones upon achievement of which more funds will be released. Unfortunately, it is the common citizen that will bear the brunt of these reforms or measures as the corrupt politicians already stole the money and got away with it.

We can already where the offshore gas revenues are gonna go... to pay back the debt generated by the thieves.

After the politicians (and we all know exactly who) take their percentage.

The IMF, World Bank and donor countries, primarily from the Arabian Gulf region, are the only salvation for Lebanon's worsening economic & financial crises. Deep reforms are badly needed, far & foremost a complete overhaul of the highly politicized judicial system, in order to hold accountable all those politicians and civil servants who have squandered the country's treasury and stashed billions to transfer them abroad. The current parliament has become obsolete as current deputies do not represent the people who elected them any longer. Early general elections under a new electoral law are badly needed, provided there is close monitoring by independent foreign observers.