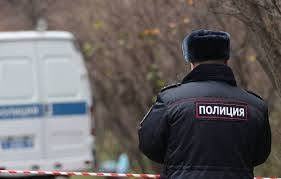 An attacker injured two people in a Moscow Orthodox church with a knife on Sunday before being arrested, police said, adding they were not treating the incident as terrorism.

The man came running into the altar area of the church in central Moscow and stabbed two assistants to the priest, the parish priest Kirill Sladkov said.

"He looked like an ordinary parishioner and didn't shout anything during the attack," Sladkov said, according to the website of the Moscow Patriarchate.

"He took out a knife and struck a blow to my assistant," later injuring a second person before being apprehended, Sladkov said.

Sladkov later wrote on his Instagram account that both men were out of the hospital and back home.

The 26-year-old alleged attacker, from the Lipetsk region south of Moscow, was overpowered by parishioners who held him until police arrived.

Interior ministry spokeswoman Irina Volk said police had opened an investigation into hooliganism and violence, adding that police also found a "package with a plant-based substance" at the scene, along with a knife and a pair of gloves.

There have been a small number of knife attacks in public places in recent years in Russia, some claimed by the Islamic State group, but none have been officially treated as terrorism cases.