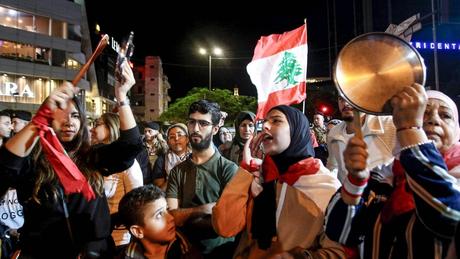 France reportedly plans to “increase its presence” in crisis-hit Lebanon to help it overcome its economic crisis, as the debt-ridden country seeks assistance to rescue its moribund economy, al-Joumhouria daily reported on Thursday.

In the past few day, senior Lebanese officials received assurances in that regard, said the daily, which they summarized as follows:

- Lebanon’s stability and its ability to overcome the economic and financial crisis is a top priority for France.

- Paris, like all members of the Support Group for Lebanon, is committed to the decisions of the CEDRE Conference with the same momentum it showed on the day of the conference in 2018. France still insists that Lebanon takes this opportunity, which it believes helps the country overcome its crisis.

- Paris supports the government of PM Hassan Diab and is therefore satisfied with the government’s performance and activity to find solutions to the crisis.

-The international community links assistance for Lebanon to its ability to implement much-needed reforms, and France finds it necessary that Lebanon expedites their implementation.

-Because France realizes the magnitude of the crisis in Lebanon, it supports the latter’s decisions if it agrees on restructuring its Eurobond debts.

what hypocrits... they previously said it won't support a hezbollah gvt, now they just turn a blind eye... they pretend to defend the peoples right, seems that too they forgot... the lebanese people are fed up with seeing always the same mafia gangs ruling the country... as long as they can make business they don't care who's in charge... pityful

This all began when France abandoned Vietnam.