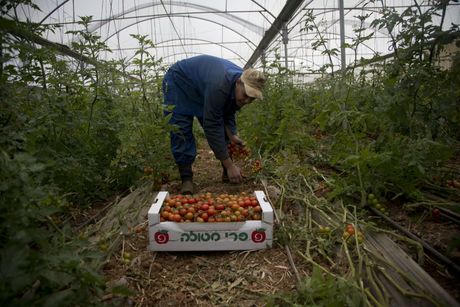 The Palestinian Authority had in September significantly reduced the number of calves imported from Israel, saying at the time it wanted to decrease dependence on Israeli producers.

After dialogue failed, Israel on February 2 cut Palestinian exports to the Jewish state.

Israel then extended its ban on Palestinian exports to the Allenby Bridge border crossing with Jordan, the only route through which Palestinian goods in the West Bank can reach foreign markets.

The trade war had threatened to escalate as tensions in the West Bank surged after US President Donald Trump unveiled a controversial peace plan.

But on Thursday, Israeli Defence Minister Bennett announced he had removed all of the restrictions imposed on Palestinian exports, "after the ban on the Israeli farmers was removed", the ministry said in a statement.

The Palestinian agriculture ministry announced the immediate import of "livestock, including calves" as well as "all products and commercial goods from all countries of the world without obstacles".

"This came after a series of direct and indirect discussions through international parties, which resulted in Israel retracting its illegal measures," the ministry said in a statement late Wednesday.

The Palestinians have finally learned,we hope, that trade can only be two-way.

The Palestinian enclaves had no choice, starve to death whilst the world watches in absolute indifference or give in to Israel’s demands....