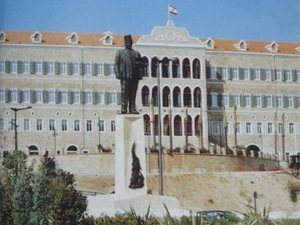 Countries of the European Union reportedly “support” the reform goals set by the Lebanese government and are “committed” to the goals agreed at the CEDRE conference, al-Joumhouria daily reported on Tuesday.

Quoting western diplomatic sources, the daily said that “EU countries are fully committed to support Lebanon, its people, its unity, sovereignty, stability and political independence as well as commitment to the goals agreed at the Cedre (support) conference,” for Lebanon.

The sources said that EU countries are “pleased” with the path taken by the Lebanese government and “the tangible seriousness” in approaching the economic crisis.

They said the “government's response to the legitimate demands of the Lebanese people will yield fruitful results, especially in terms of fighting corruption and implementing urgent and long-awaited reforms.”

According to the daily, the EU’s position differs from that of the US administration which believes that Lebanon’s crisis may grow even more difficult.

The US administration sees “Lebanon’s government facing a very difficult test prompting it for serious reforms and combating corruption. Only then will Lebanon receive US and international assistance,” said the sources.