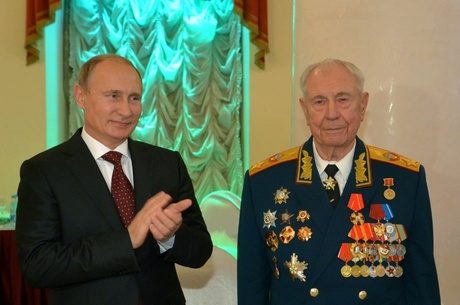 The last marshal of the Soviet Union Dmitry Yazov, who participated in a coup against then USSR leader Mikhail Gorbachev in 1991, has died, news agencies reported.

Russia's defence ministry said in a statement carried by agencies that Yazov had died in Moscow at the age of 95 following a "serious and prolonged illness".

Defence minister between 1987 and 1991, Yazov participated in a coup attempt against Gorbachev in August 1991, a year after being awarded the rank of marshal.

The coup failed and its leaders were arrested three days later, but the attempted overthrow heralded the collapse of the Soviet Union, which was finally dissolved in December 1991.

Yazov was released from prison in 1993 and granted amnesty for his role in the failed coup in 1994.

Last year, Yazov was sentenced in absentia in Vilnius for war crimes during a 1991 uprising in Lithuania against Soviet rule.

He remained a revered figure in Russia. On February 4, Defence Minister Sergei Shoigu awarded him the "For Merit to the Fatherland" award.

He was also decorated by President Vladimir Putin, who awarded him the Order of Honor in 2004 and the Order Alexander Nevsky in 2014.