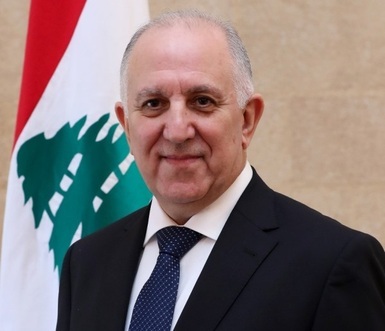 Minister of Interior and Municipalities Mohammed Fahmi is scheduled to attend the Arab Interior Ministers Council in Tunisia this week, MTV station said on Tuesday.

The conference will be the “first opportunity” for PM Hassan Diab’s government to communicate with Arab governments through one of Lebanon's new ministers, added MTV.

According to information obtained by the station, Fahmi will hold meetings with his Arab counterparts on the sidelines of the conference.

His government was formed late in January but angry demonstrators charge that the new cabinet fails to address their demands and won't be able to rescue Lebanon's ailing economy.

Diab’s government reportedly “did not receive Arab and Gulf consent,” because they consider Diab “affiliated” to the March 8 camp, “endorsed” by Hizbullah and “close” to Syrian President Bashar Asaad.