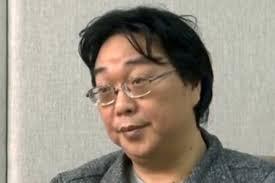 Gui, one of five Hong Kong-based booksellers known for publishing salacious titles about China's political leaders, was snatched by authorities while on a train to Beijing in February 2018, the second time he disappeared into mainland custody.

A court in the eastern city of Ningbo said Chinese-born Gui was sentenced Monday to 10 years in jail, and claimed he had also voluntarily reinstated his Chinese citizenship in 2018.

The Swedish ministry said it had acted after becoming aware of reports of the sentencing.

"We have been seeking confirmation from Chinese authorities and in this regard the state secretary here at the ministry of foreign affairs summoned the Chinese ambassador where we reiterated our demands that Gui Minhai be released," spokesman Johan Ndisi told AFP.

But since Beijing does not recognize dual citizenship, "China, according to law, only recognizes him as a Chinese citizen", Chinese foreign ministry spokesman Zhao Lijian said Tuesday.

In Stockholm, Ndisi told AFP: "We will continue to keep our diplomatic channels open and continue our discussion with the Chinese authorities on this issue."