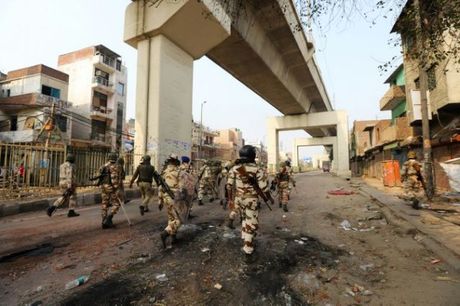 Delhi's chief minister called Wednesday on the Indian government to impose a curfew and deploy the army in areas of the capital affected by days of deadly sectarian riots.

"I have been in touch (with) large no of people whole nite. Situation alarming. Police, despite all its efforts, unable to control situation and instill confidence. Army (should) be called in and curfew imposed in rest of affected areas immediately," Arvind Kejriwal tweeted.

He added that he was making a request to the central government to this effect.